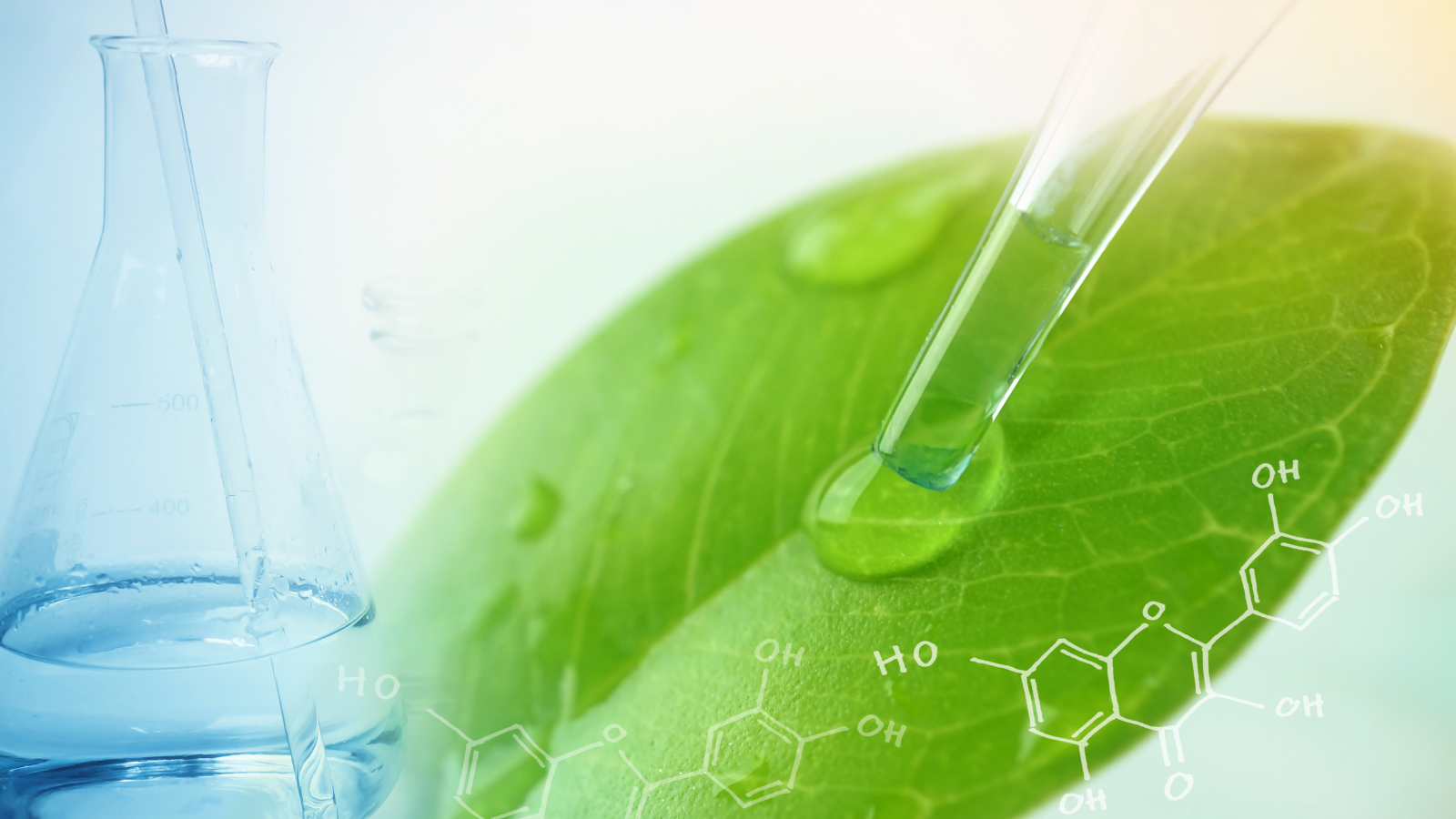 In the last decades, green chemistry, a concept developed in the early 90s by P.T. Anastas, has received intensified attention among the academic, industrial, and regulatory communities due to global environmental concerns.

One of the most important goals of green chemistry, as outlined in its 12 principles, is the reduction of conventional harmful solvents by replacing them with environmentally benign substitutes that reduce the energy requirements, have the least toxicity, and don't have major safety impacts [1].

In search of more sophisticated approaches to solvent substitution, Deep Eutectic Solvents (DES) have emerged as an attractive alternative to common organic solvents, due to their cost-effectiveness, simple synthesis, and eco-friendly properties.

We discussed DES with Dr. Ivana Radojčić Redovniković, Dr. Marina Cvjetko Bubalo, and Dr. Manuela Panić from the Faculty of Food Technology and Biotechnology at the University of Zagreb. For the last decade, the Zagreb team has been working on projects involving Natural Deep Eutectic Solvents (NADES) and conducting intensive research related to the preparation, physicochemical and biological characterization of NADES and their application in extraction and biocatalysis.

Eutectic systems are long known as a class of multi-component mixture with applications to materials chemistry and engineering areas, but it was only in 2004 that DES were introduced as versatile alternatives to Ionic Liquids (ILs) [2], showing a stronger eco-friendly profile.

DES and ILs share many of the same general characteristics (non-volatility, non-ﬂammability, high viscosity, similar starting materials) but DES present additional advantages that can overcome the drawbacks of their predecessors. Particularly appealing aspects of DES are their inexpensive components, the ease of their preparation, a well-characterized toxicity proﬁle, and their overall advantageous sustainability metrics, both in terms of environmental as well as economic beneﬁts [3]. 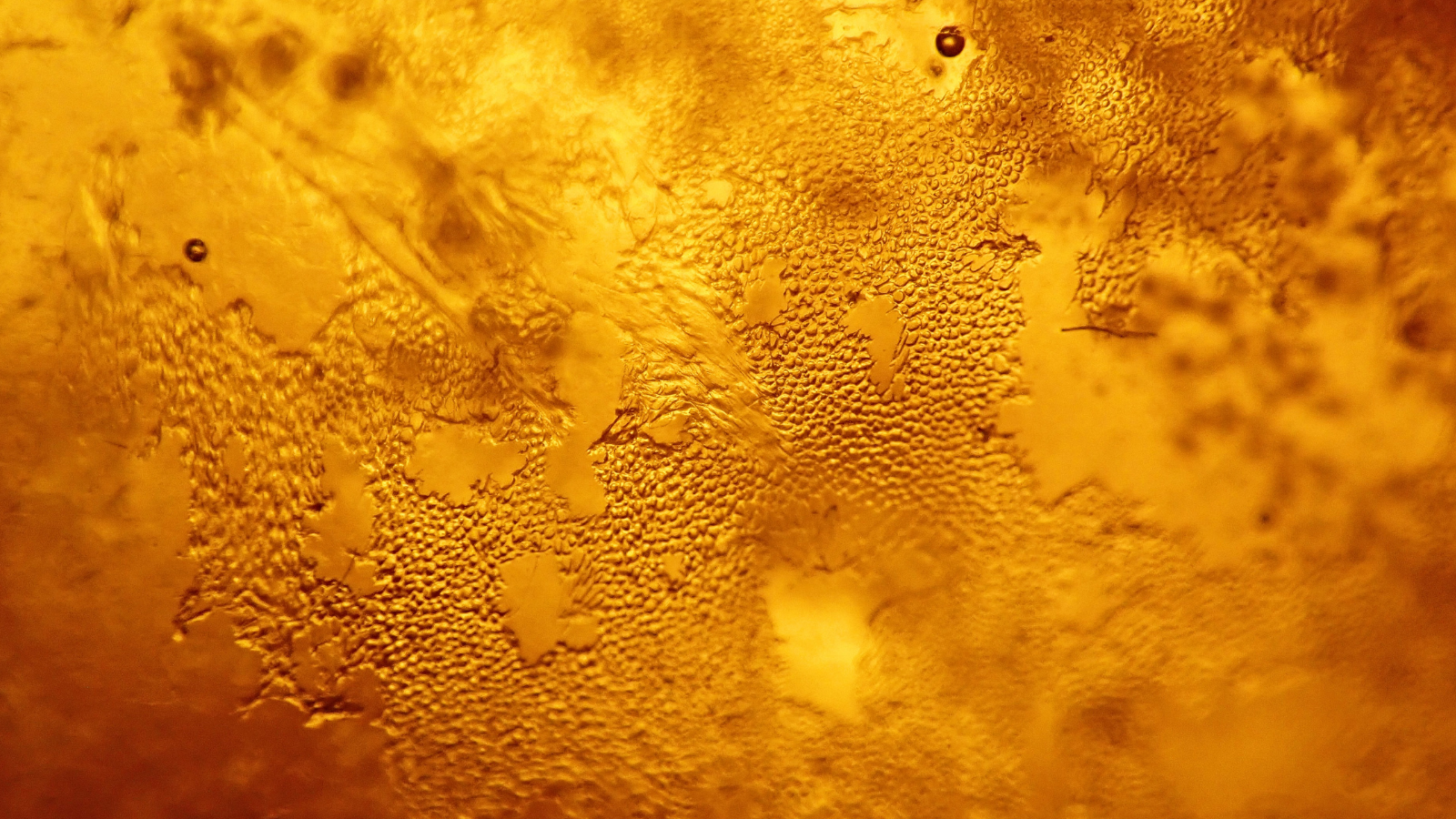 A step further in sustainability was taken in 2011 when Natural Deep Eutectic Solvents (NADES) emerged as a new class of innovative green solvents. Choi et al. observed that a DES-like liquid could be formed when mixing natural primary cellular metabolites such as methylamines, sugars, alcohols, organic acids, and amino acids in certain combinations. It was found that these systems are essential in living beings for biosynthesis and biochemical processes, helping them survive under drought conditions at high or low temperatures [4].

Probably the most well-known examples of natural deep eutectic systems in nature are honey and maple syrup. Honey is a combination of sugars and amino acids in different compositions, with the major compounds, glucose, and fructose, in about equal molar ratios [5]. Maple syrup is produced in maple trees for a very short period and its properties prevent freezing and help the trees survive low winter temperatures.

Dr. Ivana Radojčić Redovniković shares with us the reasons that triggered her team’s interest in DES, and which are the facts that she finds fascinating in her research.

“We have always been interested in inventing technologies that have better performance and a lower ecotoxicological footprint than conventional ones. Our first encounter with DES occurred more than a decade ago when we were searching for new environmentally friendly solvents that could effectively replace harmful organic solvents commonly used in biotechnological processes.

We were captivated by DES from the start. The fact that these benign and switchable solvents allow us to mimic the natural environment for cells and biomolecules deeply intrigued and encouraged us to design and create new products and processes in accordance with the green chemistry principles.

We were fortunate to be among the pioneers in the comprehensive research of these solvents, from their preparation and characterization to their application in various fields. We knew immediately that we had something valuable in our hands but were not fully aware of the enormous potential of these solvents.

Today, after more than a decade of intense research, we are thrilled to still be working in this field and at the same time witness these solvents getting the attention from the scientific community and especially the enterprise businesses that they deserve. Our mission is to keep evolving in this exciting field for the next decade and to raise these solvents to the industrial level”.

The chemistry of Deep Eutectic Solvents: How do they work?

DES are fluids that can be obtained by mixing two or more phase-immiscible components, at least one H-bond acceptor (HBA) and one hydrogen-bond donor (HBD), that interact with each other, forming a eutectic mixture. The final mixture possesses similar physicochemical properties to its components but, due to hydrogen bond interactions, exhibits a significantly lower melting point than the ones of their individual counterparts. A classic DES example is the mixture of choline chloride (m.p.= 302°C) and urea (m.p. = 133°C) in a 1:2 molar ratio resulting in a DES with a melting point of 12°C, which is lower than the melting point of the two mixing compounds [6]. However, numerous combinations of HBDs and HBAs have been explored.

The wide range of structural possibilities encompassed by DES, their sustainability, and unique characteristics, as well as the possibility of designing their physicochemical properties for certain purposes, open exciting possibilities and make them ideal green candidates for applications in diverse areas.

Dr. Marina Cvjetko Bubalo shares with us the focus and applications of the team's research and points out the scientific and technical challenges that they have to confront.

“Our background in food technology and biotechnology has naturally pushed our research focus on the preparation of DES-based plant extracts for use in food and cosmetic industries, and the enzyme-catalyzed preparation of enantiomerically pure drug intermediates.

Recently, our interest has expanded to DES-assisted formulation of active pharmaceutical ingredients. In general, our goal is to design solvents that provide a nature-like environment for various biomolecules, such as secondary plant metabolites, proteins, and enzymes, to make them feel at home and thus retain their full biological identity and performance.

The huge structural possibilities of DES often make the search for the so-called "ideal" DES (the one that outperforms conventional solvents or systems in a particular application) challenging and time-consuming. Therefore, to fully exploit the potential of DES and to speed up the process of designing DES with optimal properties it is essential to gain an in-depth understanding of the interactions of DES with biological systems at the molecular level.

Also, in silico modeling of the relation between DES composition and their physiochemical properties or measurable outcome of their application (for example extraction yield, enzyme activity and selectivity and stabilization of target compound) provides exceptional assistance in finding the optimal DES for a specific process or product”.

DES have unlimited synthetic combinations, and since they are rather new, there are no general models available to predict their properties.

To overcome this setback and tailor DES for specific applications, given the expense and time required to perform large-scale experimental measurements, new tools are required to make accurate predictions of DES physicochemical properties, covering several endpoints and as many HBA/HBD combinations as possible.

Dr. Manuela Panić tells us which tools are currently available to reduce the uncertainty in such a “virgin” field and how collaborations with other research groups can be a valuable helping hand in their research.

"The above-mentioned trial-and-error approach for searching novel DES and their screening for a specific purpose has been recently replaced by semi-empirical methods based on the equation of state models and ab initio methods.

These methods have proven to be extremely valuable tools for predicting the eutectic points of novel mixtures and their physicochemical properties. To reduce the time spent in the laboratory, we have also adopted these tools and find them extremely helpful. We share the opinion that building large databases of thermodynamic and physicochemical properties of DES and their components could support such semi-empirical methods and would have great benefit for all working in this field.

The scientific progress in this field is enormous. To keep up with others working in this field, we need to be focused and quickly adapt to new insights into these solvents and their new potential applications. To achieve this, we have been collaborating closely with other research groups and industrial partners who share the same enthusiasm for DES as we do. By sharing ideas and knowledge through long-term collaborations between academic institutions and companies, our goal is to encourage decision-makers and stakeholders in adopting sustainable processes based on DES on an industrial scale’’.

Deep eutectic solvents stand in a promising position, having a rich research foundation and continued progress. Their eco-friendly profile, easy and cost-efficient production along with their tunable physicochemical characteristics make them ideal candidates for various applications including biocatalysis, biomass processing, pharmaceuticals, metallurgy, nanomaterials synthesis, and many more.

Solving existing problems and setting predictive models in place will accelerate research and set the stage for the faster development and implementation of DES in a wide range of chemical transformations, towards a variety of high-value products in several major markets.